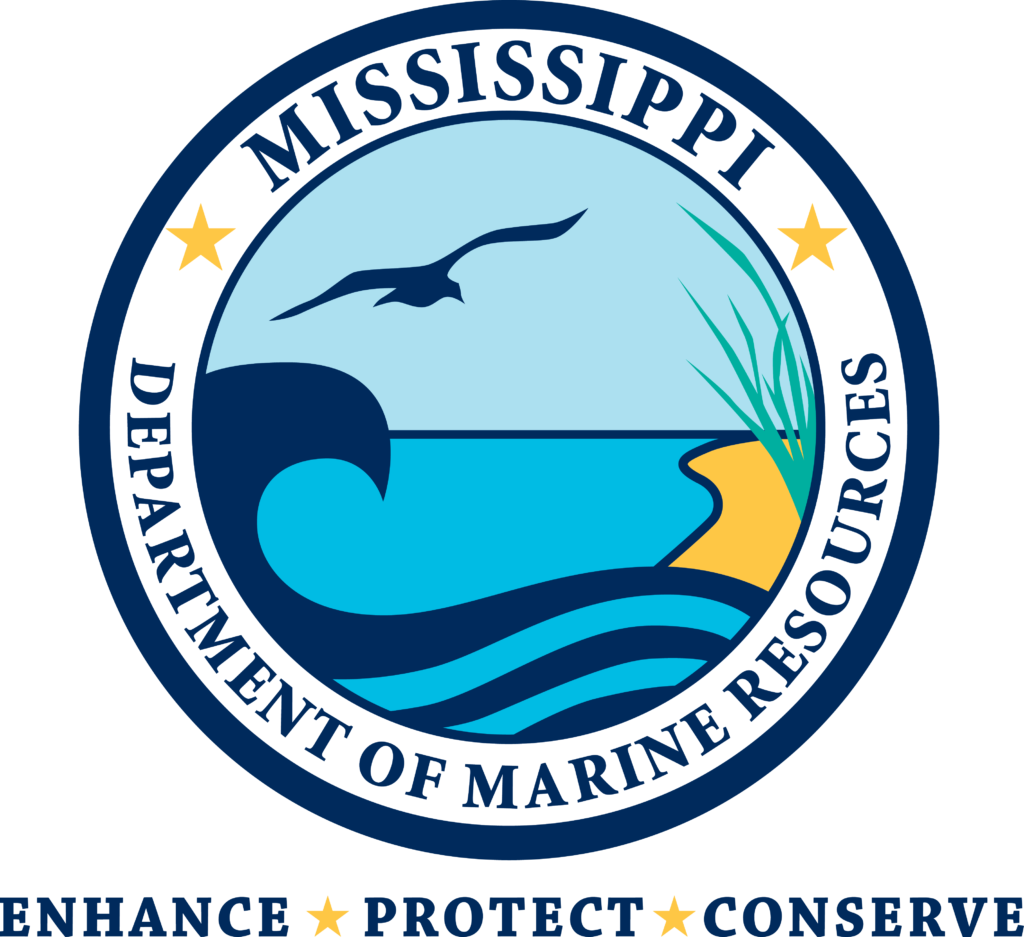 Cooper Miller is the chef and owner of Tupelo’s hottest restaurant Forklift, where he serves up his take on Southern Creole Cuisine. He is a native of Amory, Mississippi, where his family has operated restaurants off and on throughout the years. After receiving his Bachelors degree in Business Administration from Mississippi State University, he moved to Atlanta to pursue his culinary career. He graduated summa cum laude from Le Cordon Bleu in 2007 and spent the next decade training with some of the best chefs in the south, including stints with James Beard Award winner Linton Hopkins and Food Network personality Richard Blais. Now back home, he’s living his dream of running a successful restaurant and spending time with his wife, Lauren, and daughter, Harlow.

For David Crabtree, being a chef is who he is, not just what he does. His passion for creating and sharing great food, which began as a young boy growing up in South Mississippi, led to a 44-year career in the food industry and the position of executive chef at Island View Casino Resort. Crabtree, who joined the Gulfport, Miss. resort when it opened in 2006 during the area’s recovery from Hurricane Katrina, is responsible for overseeing Island View’s culinary department. Island View operates multiple dining venues, including fine dining, casual, buffet and specialty restaurants, as well as in-room dining for its two hotel towers with 970 rooms. His professional experience includes holding positions of increasing responsibility for casino resorts located in Mississippi and Louisiana, as well as serving as executive chef for Diamondhead Country Club in Bay St. Louis, Miss. Following Hurricane Katrina, Crabtree also worked as a subcontractor for Belfore Property Restoration as a disaster relief caterer, operating a satellite kitchen in Gulfport, transporting hot meals for 400 people daily. Crabtree’s practice of using fresh, local ingredients, and Gulf seafood was formed early in his career during apprenticeships under Emeril Lagasse at New Orleans’ famed Commander’s Palace and Gerard Maras at Mr. B’s Bistro also located in New Orleans. An advocate for education in his field, Crabtree has served as an adjunct instructor at Mississippi Gulf Coast Community College, Bossier Parish Community College and the University of Southern Mississippi. Crabtree’s career accomplishments include more than 80 awards received from culinary competitions throughout the southeast for his creative dishes and talents including ice carving and preparing “food as art.” Crabtree received an associate degree from Delgado Community College in New Orleans and completed the baker training program at Global Marine Drilling Co. in Lafayette, La. He also received the Reed Certification by the American Culinary Federation. In 2017 Crabtree began competing in the world food championship competition in seafood category placing in the top 10 in 2017,2018,2019, and finishing 4th in 2021. Joined Chef Jackie Seavey final table team in 2018 assisting her in winning the world food championship $ 100,000 prize. Currently residing on a small horse ranch in Saucier, Mississippi with his wife Mary whom often assist him in competitions, enjoys power boating, fishing, hunting, wood carving and soccer, for which he is a certified grade-8 MYSA youth soccer coach. He also is an avid classic car enthusiast with over 100 awards for his several dodge show cars.

Chef Josh Stetson, a coast native from Ocean Springs, has been a chef for 23 years. After his first job at Shoney’s, he was swiftly promoted to cook, then joined O'Charley’s in Biloxi. He began to understand cooking and what his talents could become when Sisters restaurant opened at Grand Casino Biloxi. He worked at the Grand Casino for a total of nine years, and after his fifth year, was promoted to Chef of the Oaks Café when the Bayview hotel opened. He worked at Oaks Café for more than two years and was then given the opportunity to serve as Head Chef at LB's steakhouse, the best steak house on the coast at the time. During this time, he knew that fine dining was what he was meant to do. After moving to Jacksonville for a year, Josh moved back Biloxi to become Executive Sous Chef at the Palace Casino. Following Hurricane Katrina, when the Palace Casino reopened, he was the Executive Chef of Mignons, Wahoos and Oyster Bar. He credits the Palace Casino with helping extend his knowledge of food and his true passion. Josh won his first American Culinary Federation competition for both Best in Seafood and Best in Show. He also worked at Treasure Bay as Executive Chef and the Chef of Four Points Sheraton. He moved to Oxford, MS, to open the Chancellors House, a new high end boutique hotel. He built and designed the entire kitchen from ground up. This was extremely exciting as it was a new concept and included everything from employee manuals to over 400 recipes to purchasing all equipment and smallwares. He moved on from there to become the Director of Food and Beverage at the Graduate Hotel. Unfortunately due to the pandemic, his position was eliminated. Josh has since moved back to the Mississippi Gulf Coast where he currently serves as the chef of Val’s Sports Bar and Grill in Ocean Springs.

Chef Matthew Kallinikos is a Danbury Ct native. He attended college at the Culinary Institute of America (CIA), in Hyde Park, New York. Matthew holds both an Associate Degree of Culinary Arts and A Bachelor’s in Culinary Arts Management. He also has to two Post Graduate degrees from CIA as well, in Kitchen and Dining room Management. He has been in the culinary field for twenty-Seven years. Chef Matthew started when he was fourteen years old at Ridgewood Country Club in Danbury CT, under Chef Carey Favreau. Matthew has worked in fine dining restaurants, country clubs, casinos and hotels throughout CT, NY, MA and MS. After Graduating CIA, Chef Matthew was the Executive Sous Chef for Top of the Hub in Boston, MA, which was ranked among the top restaurants in the city of Boston. He was the youngest Executive Sous Chef ever in the corporation at twenty-two years old. He later moved to the MS Gulf Coast in August of 2005 and worked at the Isle of Capri as Chef of Farradday’s. In 2007, Chef Matthew then moved to Island View Casino Resort and Spa, where he opened two of the casino’s current post Hurricane Katrina restaurants and as Room Chef of C&G Grille and its other fine dining venue, Carter Green Steakhouse. In 2011, Chef Matthew became Chef de Cuisine of Restaurant thirty-two, at the IP Casino Resort and Spa. Restaurant thirty-two holds the AAA Four Dimond Award for the last ten consecutive years, as well as the Wine Spectator Best of Excellence Award for the last ten years. In 2021 Matthew then took his current position as Steakhouse Chef of the Scarlet Pearl Casino. In Matthew’s twenty-seven years in the culinary industry, he has been published in several publications such as Jackpot Magazine, Mise en Place, Southern Living Magazine, Sun Harold, South Mississippi Living and various other published articles. He has also participated and placed in over thirty various ACF culinary competitions. In his most recent years as Chef of thirty-two, the restaurant has received many local and national awards for fine dining. Most recently being named in 2017 Top Thirteen Casino Steakhouses in the United States by Wine Spectator Magazine. Matthew has also been nominated locally for best chef, best fine dining and best steak house. In 2018-2021 named in 10 ten casino chefs by USA Today 10 Best awards. Matthew and his wife Patti, who is also the Pastry Chef for Serious Bread Bakery, have four children. They call the beautiful Mississippi Gulf Coast their home. 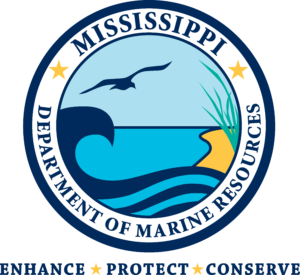